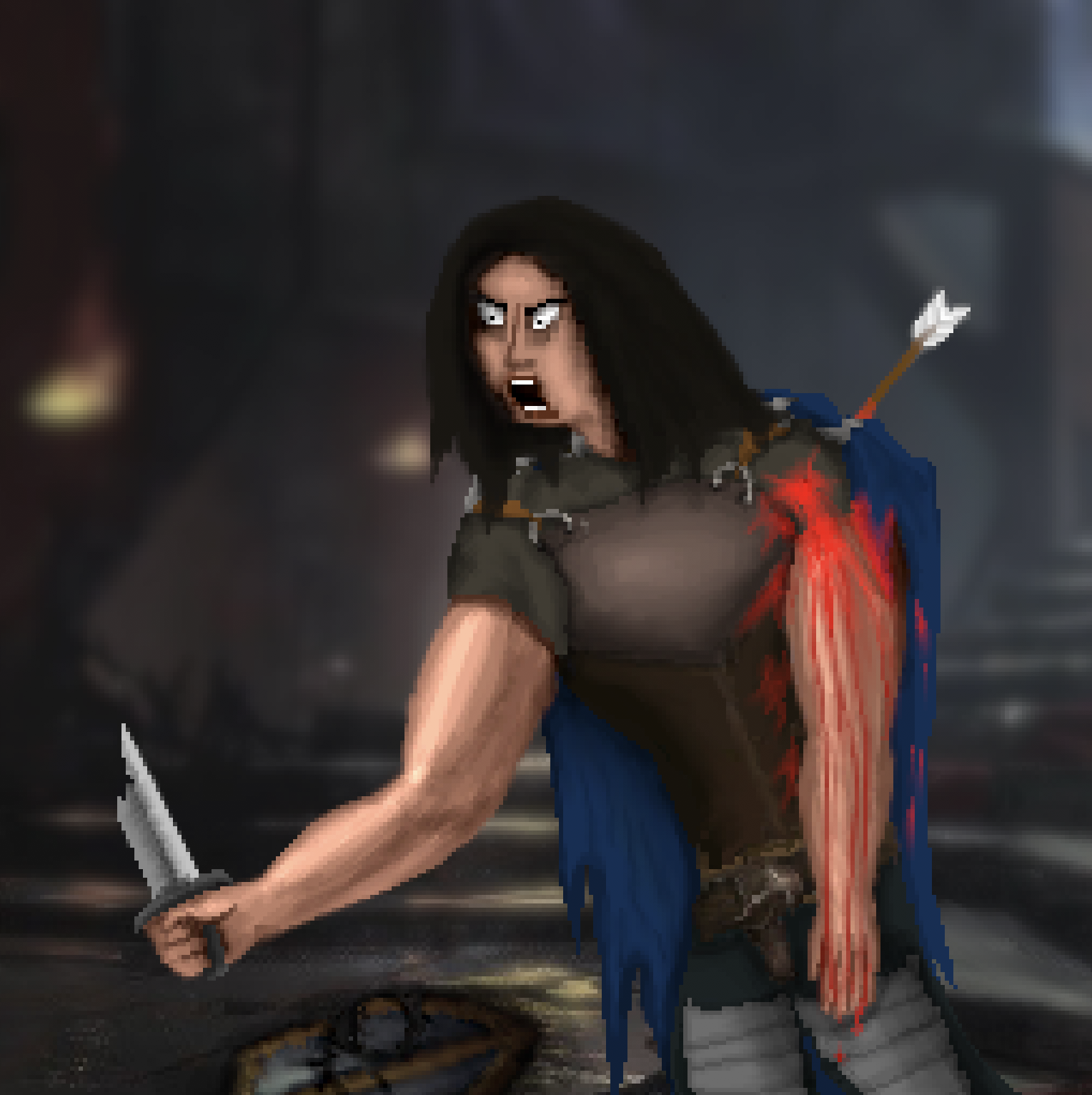 I now checked MSII, is it gonna get a Multiplayer feature as well? What´s the main focus (design goal) of the game? Or in other words: in which areas does it want to excel in comparison to other games? Or do you mostly tackle it as a training project for greater ambitions, such as MSI was...
_________________

I aim it to be an MMO. PvP is planned to be the way it is e.g. in Gems of War (one of the games I get inspiration from) where AI takes control over the opponent's team during combat. IMO that's the only reasonable way to tackle it for turn-based multiplayer game like this one, to not annoy players with waiting time for slackers.

I think the overall idea for the game is not bad, the question is always for longer term gameplay mechanic. So for now I only know of (successful one at least) Gems of War, where you have tons of troops to choose from, hero classes, weapons and few other items, with which you configure your team setup. Needless to say, configurations are limitless and player is constantly busy with testing new teams and setups. In Gems of War it is pretty blend - troops' skills have no animations, there are just a couple of skill types that are rotated on troops, same with hero classes and items.

In my game I want to go step forward. I want all units to have (mostly) unique skills, each with proper animation, and making units actually not completely useless in comparison to others. More configuration options for each unit (selectable talents, a bit more meaningful leveling). Same with artifacts (up to 4 selectable and levelable) and hero classes (3 unique skills per each).

I got already of plenty of ideas for PvE (e.g. vs non-playble bosses, MK-like endurance mode, darkness mode etc.) and for PvP, that might change the gameplay a bit in some ways.

Most of that are far looking plans of course. I'm still busy with finishing up core mechanics for skills, that take most of the time now (pushing and summoning left for now). After that upgrading the graphics and design, so it is actually enjoyable for an eye.

The game will land eventually on Steam in Early-Access in probably about 1.5 year (with Overwhelmingly Negative reviews xD), of course depending on progress.
_________________
Impossible is nothinG

Sorry, had a pending exam which is why i took some time to reply...
I am really positively surprised by the ideas and scope. Some neat things are in there imho and i like that you are taking it step by step. This is the best way, probably the only way, to eventually get into releasing something somewhat decent (not just on the conceptual side of things that is)! You are basically growing your ambitions as your skillset grows from learning over the previous ambition. Taking it step by step, realistically but not without ambition and greater scope. really is the method of choice.

I have tried the very rudimentary client and i intitially thought that some of the special unit skills (such as the one of the peasants i. e.) are quite neat and allow for interesting mechanics and surprising moments. I really, really like that you are actually connecting the skills with a form of in-game lore, that you don´t just arbitrarily set them. Imho that makes it much more challenging for you though: Cause you have to bring balancing, gameplay decisions in line with a cohesive world design (something which i really miss out on with many new games). Especially the balancing part can become a challenge with this.

Cool, thanks for input.

I will throw new client increment of the game in a while (1-2 months probably) to show off further features (new units, summoning, pushing/pulling, remade HUD).
_________________
Impossible is nothinG

Nice, keep us posted, i´m in to check it out. If you want feedback on a paritcular feature/thing then let me/us know!

Things I'm not sure of:

EDIT: Instantly pops firewall exeption - Zibo trying to steal my data oh no!
But right from the first impression: This looks decent. Like an actual game!!

Digging the charming artwork. Goblin Shaman is the best so far.

After moving without attacking I was too stupid to move another unit although I had mana left? Is there a way to end a turn without attacking?
Well, made the archer threw a fireball in the middle of everything for BIG DAMAGE.

Interesting. Is it the standard permission to run "exe" file or something else?

To end the turn of unit, not matter what actions you've done, either click Skip Move button on HUD or press space (with unit selected).
Archer is just a test unit. When I'll create Firemage I will also rebalance Fireball stats.
_________________
Impossible is nothinG

It´s not the default "unknown exe" but it´s the "trying to connect over the internet" exception. I blocked it but the game still works as intended. Probably some unity feature.

Okay I see about the controls. Nice tech demo this far.

I think you should differenciate in between damage types even if you are not using them yet. But it´ll probably much more work to eventually implement them at a later point in time. You can still implement them to work "as one" (from the player´s perpective) with the current status system. So you have "burning" "poisoned" "encumbered" (maybe also due to terrain/terrain changes) and that should go well with different types of damage. Imho that´d be cool. You could then the summon just give the unit type "summon" which always means that it has no additional talents?

Damage types are implemented. For now it's visible for Vagabond's shield skill - it will negate dmg, only for primary (non-skill) attacks. So damage types would be either primary/skill attacks OR physical/magical attacks. I'm leaning more towards primary/skill, as those would be easier to understand and remember for player.

If you mean armor as a stat, then no - I only planned single stat called "Armor" which is more or less surplus for HP. If you meant skills/statuses - there will be anything I can think of, so probably.

BTW: What do you think of this kind of unit design? Some portraits might blend with terrain color this way, but perhaps I could figure out a shader that adds an outline to sprite. 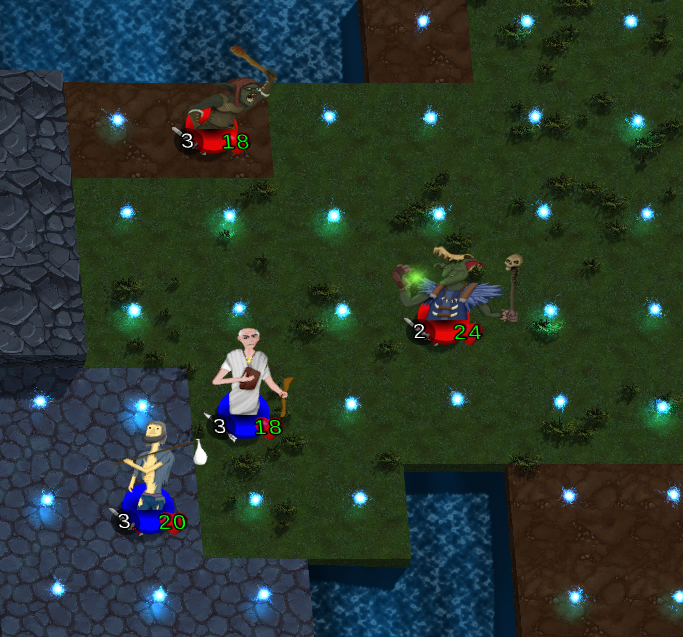 So bad, that gold died. Ok.

I think I will go with something like this. Sprites being converted to meshes - are able to have a width, also to receive and cast shadows. 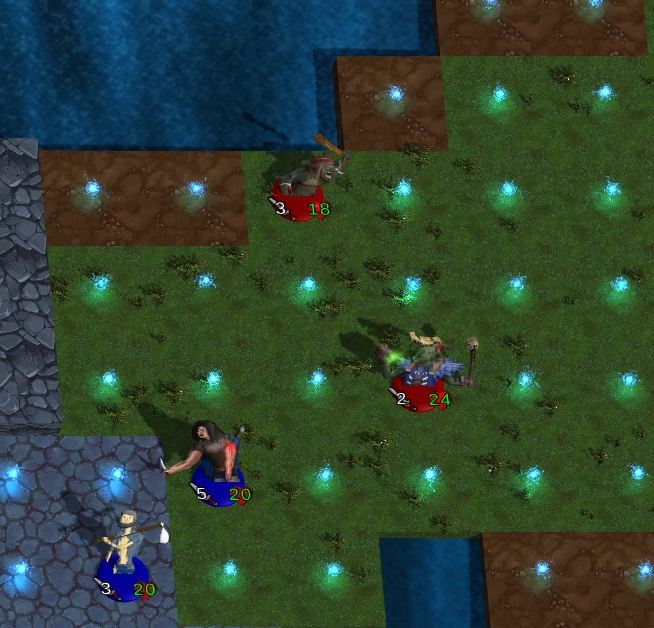 For whatever reason I didn´t see this as a new (red) post so I thought there was nothing new going on in the topic, sorry!

Yea mesh is definitely the way to go i think. Looks surprisingly good given the roughness of the sketches. One can always improve and iterate upon it but the flat look was really uninteresting. This adds a lot to the battlefield i think! (Don´t get me wrong, I think some of the character sprites were quite charming but ofc in the end they are more or less placeholders to be replaced if this project goes further as time passes, right?)
Okay for armor only, I guess you have a design philosophy to keep it simple or that you simply don´t see benefit from additional types of protection. A skill/status variety is cool imho.

Previous sprites still stay as a portraits to be visibile in unit details or somewhere in menus. And sure they will be upgraded - whenever I make $$$ that it will be worth to hire proper sketch artist or I will improve my own skills after hundreds of portraits and icons drawn.

Haven't logged in here for some time. Tested your latest build. The main issue is that the basic gameplay loop is really confusing. I found myself randomly clicking units, skills and the skip button. There's no good indication for what I can, should or can't do. This can of course be helped with a tutorial, but still good feedback to the player is important.

The unit box in the HUD is redundant. I'd rather use the space for a tooltip style stat or ability description area. Having to go to the full unit screen for that is cumbersome.

I will be trying to make it more apparent what are your possible actions for sure. Still testing and trying to figure out what's the best way to indicate that the unit is still selectable and hasn't moved this turn.
I'm also aware that darkening player's HUD is not enough to show clearly whose turn it is, so gotta think on it too. Highlighting Skip Button (and implementing auto-end turn function) will probably help when no possible actions to be done.
Also be aware it is currently 2x more exhausting to move units, because you control both teams, which will not be a case when I implement AI.

Regarding units in HUD - hm, I thought some overview is in place, to show at a glance what is the state of each player's team. There are currently up to 16 units possible on the board, and summons quantity/order also matters. Shrinking the HUD and implementing tooltips can surely be done though.

Cool regarding units design - I've got 3:1 feedback in favour of pawn visuals. I think it also makes a bit space on the board and I should be able to increase the size of it.
_________________
Impossible is nothinG

Forgot to specify that the summon icons (or at least some indication of the count) is a good addition to the HUD. For other units, I can see your reasoning, but to me the battlefield - and thus the unit count - isn't big enough to warrant it.
_________________
Recent singleplayer adventures:
Far Cry 3
XCOM: Enemy Unknown
Dishonored
Spec Ops: The Line
Tropico 4
The Vanishing of Ethan Carter
XCOM 2
Shadowrun Returns (+ Dragonfall, +Hong Kong)
Divinity: Orginal Sin 2

Yea some cleanup or streamlining on the UI cannot hurt for sure. Then again I trusted it´s an iterative process and you were planning to do this anyways which is why I didn´t talk about this yet. But i. g. I didn´t understand fully how the game works yet.
I am rather focused on the core design since the technology seems to be in the bag. Will we have many, diverse and evolving missions, challenges, maybe some sort of a story (I think story can also be "told" in smaller, elegant ways then throwing walls of text at the player, simple gfx, just some smart changes of pace can be more efficient in storytelling then a 5 minute cutscene at times).
_________________

I don't have ideas for better UI for now. You can draw in Paint if you wanna sugest something.

I have diverse game modes PvE/PvP and challenges on my mind. Story rather not, besides introduction + some tutorial.

Development is by the way a bit slowed down since a month due to an apartament purchase.
_________________
Impossible is nothinG

Had only like 50% of my free time to spend on it, but I think small milestone is ready. 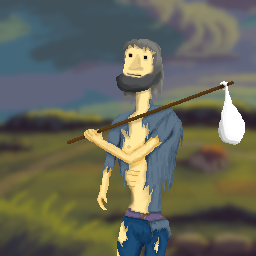 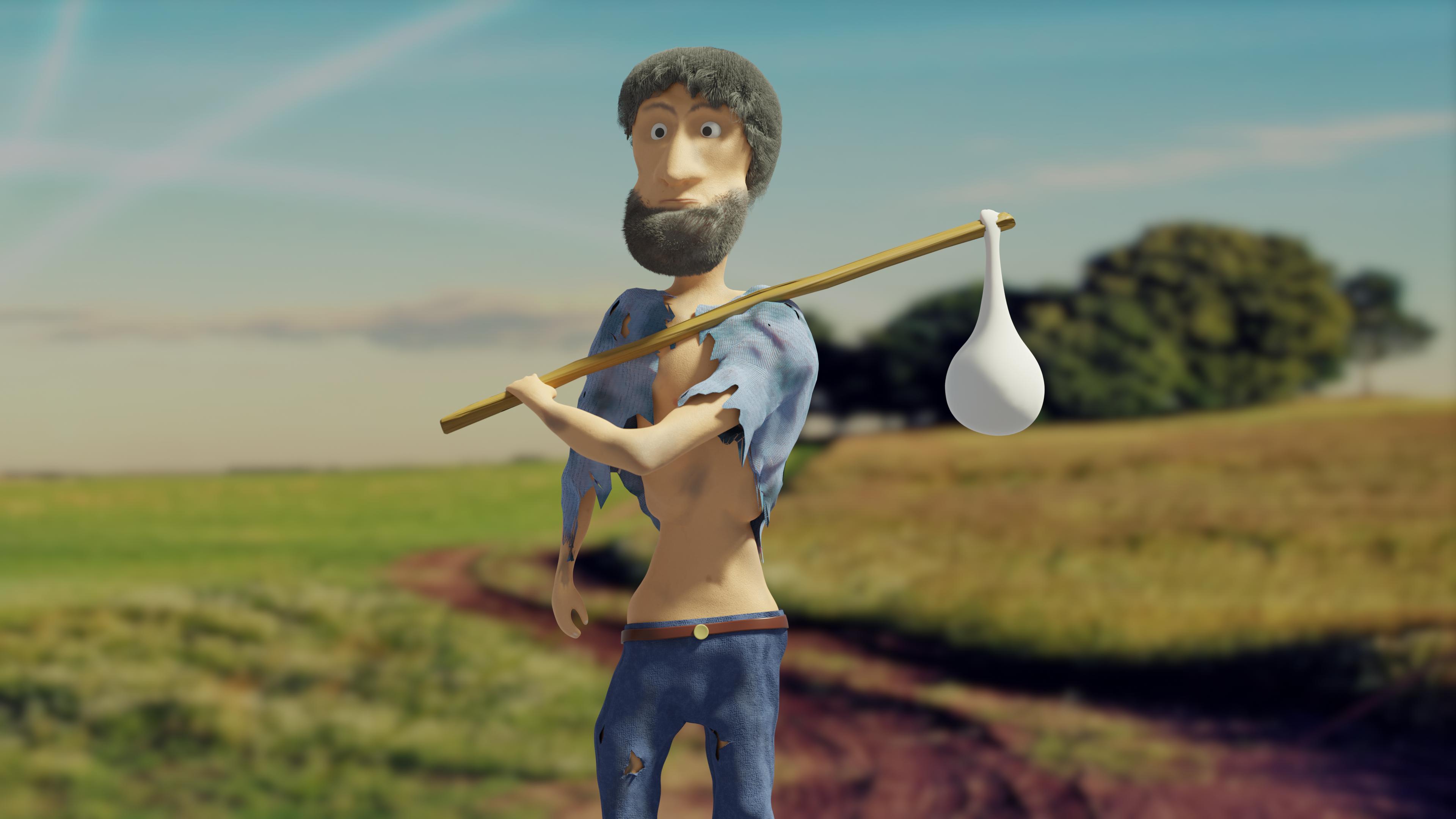 Similar topics
» COME BACK TO THE GAME. FUNKER WON THIS GAME

Page 2 of 3
Permissions in this forum:
You cannot reply to topics in this forum
Log in
Who is online?
In total there are 2 users online :: 0 Registered, 0 Hidden and 2 Guests