I am introducing to you a long-awaited title, exclusively accessed before official release. Pre-orders already available.

So here's a project I've been working on since some time already - a turn-based board game with base-building mechanics.
Now, when web frameworks evolved and provide required dynamics for it, I've decided to rewrite the original form of the game (Swing) into web. I've got to a stage that it is somewhat playable already, so I released the development version to the Internet.

The game is of course still under heavy development and I've got tons of ideas, mechanics and content to implement, so that won't be a discovery if you say it lacks many things. Nevertheless ideas, opinions and creative critic are all welcome.

I develop the project mainly as a hobby, a game that I wanted to play and which doesn't exist - to make my developer skills better and to learn new technologies. I don't expect it to ever earn me some money or to gather a society of players, (I'm joking of course! I'm opening Kickstarter next week with initial goal of 1 billion dollars and I will put in early access for ever) which of course wouldn't be bad if it ever happened.

http://magicsword.eu-central-1.elasticbeanstalk.com
I don't describe the mechanics as I believe you can discover it yourself, especially when you ever played any turn-based game.

One thing to mention is that in multi-player room you can invite another player to a game (if there is any of course) by clicking the nick and 'Invite' button - then second player receives invitation that he can accept or decline.

):
- Improved AI for single-player (this shit is very hard when you haven't read a couple of books on that subject - shitton of sophisticated algorithms, performance issues when calculating possible moves and no certainty what AI approach will work in practice)
- New units with diverse abilities (yes - battle mages with AoE fireballs, necromancers summoning skeletons and paladins with healing auras!)
- HUD move the the left side of the screen so bigger board can fit in on wide-screens
- Scrolling with WSAD to handle boards bigger than 10x10
_________________
Impossible is nothinG

And even with multiplayer? Damn, my hype level is off the chart! I am playing this right away!

EDIT: How do i build units? The enemy´s got more, i don´t like that kind of setup...

Ok:
- Game is Action Point (AP) based
- You have your starting AP (3), your new-turn AP (+2), current maximum AP (6) and maximum-capped AP (10) - each of those values will be modified when I implement new mechanics
- To build a unit you spend AP - for Swordsman it requires 5, Ranger 6. These values are high, so it basically means u need to save AP throughout the turns to store it (skipping turn e.g.)
- AP bar shows you how much things cost when you hover on particular things. Green - available AP, yellow - AP to be spent on action, red - missing AP for desired action
- Move costs 1 AP, same attack. But you can combine move + attack for 1 AP (in that order). Although if you attack first, the unit won't be able to move more. Unit moving/action availability indicate those little triangles on unit field in bottom-left corner: yellow - move done and action still possible, gray - unit move/action not possible spent.

And opponent in this setup has more units, because the AI is level easy now. I'm working on some shabby pathfinding algorithm now, so AI doesn't move like a moron.

Yea i got it now, the production is rather slow but it works out. I feel it is unfair to be at such a disadvantage thou, can never catch up with the AI!!!

I got destroyed by a single mage while the AI units were guarding their castle (they knew my secret attack chopper strat would be coming at them soon), so guess i technically lost.
I guess you got a pretty decent AI going actually. The rest... well it´s almost where Star Citizen is, i guess. The hammer guy GFX look sweet. 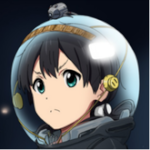 The AI always attacks when can reach you in 1 turn. Otherwise it makes a random move. (there's of course much more in decision chain, but that's how it looks in simplicity)

I have grasped a bit of GameDev knowledge and already implemented a new pathfinding algorithm (A*) that allows to find a shortest way from point A to B. So that allows me to command AI units to move in more logical way across the board. It is deployed now.
_________________
Impossible is nothinG

So before I even read any of this...

gold wrote:my hype level is off the chart! 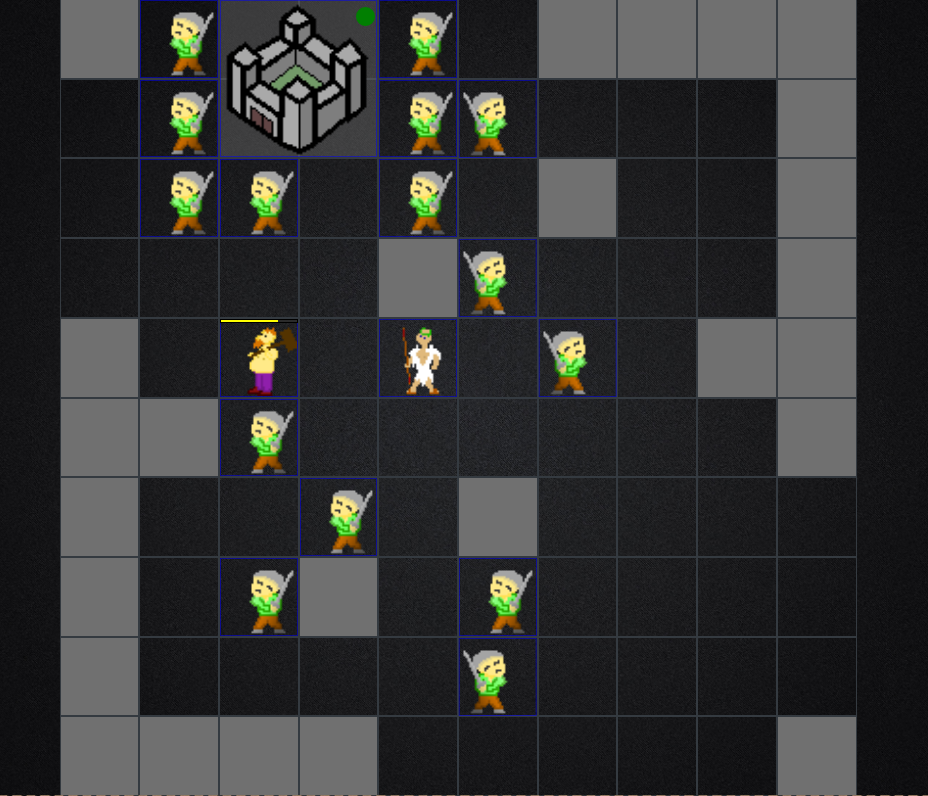 He was the key to my victory. The AI priest suicided into my troops so I could outsustain and eventually outproduce him. I wanted to keep producing units to fill the entire map, but... yeah.
_________________
Recent singleplayer adventures:
Far Cry 3
XCOM: Enemy Unknown
Dishonored
Spec Ops: The Line
Tropico 4
The Vanishing of Ethan Carter
XCOM 2
Shadowrun Returns (+ Dragonfall, +Hong Kong)
Divinity: Orginal Sin 2

gold wrote:world of noobs doppel, you really taught us - so what was your key to victory? Mass producing troops? P2W? Hacks?

So when will the first DLC with map 2 be released?

- New terrain tiles - water (can't be stepped on, but can be shot over) and forest (can be destroyed)
- New unit - Firemage with AoE Fireball
- Unit statuses (for now only burning from Firemage)
- UI remade

EDIT: I am already digging that new loading Screen...

You need any help? I could try and make some textures maybe? That's about all I could do.
_________________
Recent singleplayer adventures:
Far Cry 3
XCOM: Enemy Unknown
Dishonored
Spec Ops: The Line
Tropico 4
The Vanishing of Ethan Carter
XCOM 2
Shadowrun Returns (+ Dragonfall, +Hong Kong)
Divinity: Orginal Sin 2

I took terrain tiles from internet. From graphics the most time I spend on units and their animations.
Yesterday I made Necromancer. After creating full attack animation and putting it together it turns out it sucks.

So I need to change half of it. This is the moment where I wished I had pixel-art talent to make this look actually cool.
If you like to create small 40x40 pixel-arts, you can give it a try to see how it looks. Next I planned to create a heavy armoured Paladin unit, that has a little flashing aura that heals adjacent units and that has self-heal ability. Although it's probably bad idea to mix 2 art styles.
_________________
Impossible is nothinG

Hmm alright I'll look into it and check if I can help. What program do you use for models and animations?
_________________
Recent singleplayer adventures:
Far Cry 3
XCOM: Enemy Unknown
Dishonored
Spec Ops: The Line
Tropico 4
The Vanishing of Ethan Carter
XCOM 2
Shadowrun Returns (+ Dragonfall, +Hong Kong)
Divinity: Orginal Sin 2

What weapon for the Paladin character? Also do you add effects as a separate file or you do all animations on the base model?
_________________
Recent singleplayer adventures:
Far Cry 3
XCOM: Enemy Unknown
Dishonored
Spec Ops: The Line
Tropico 4
The Vanishing of Ethan Carter
XCOM 2
Shadowrun Returns (+ Dragonfall, +Hong Kong)
Divinity: Orginal Sin 2

I don't know how to export the animation from PS.

Yep, in the end the boards might be quite big, so fields cannot be too big. Anyway units still can look nice with such resolution when nicely done.

Haven't used PS in a while now, so you'll need to google. I create each frame separately and combine them in the end, since I make about 7 frames per animation usually.
_________________
Impossible is nothinG

Yeah I'll look into it tomorrow. If everything else fails I can just export the assets and combine them somewhere else.

Oh look it works. Just the first try. Looks so tiny though. Currently at 15 frames.

Nice! That's alot of frames, will surely outstand from other models.
He hits so hard, that he loses his arm.

Bigger shield, some shiny armor with ornaments and it should be good.

Also there needs to be min. 4 pixels space on the top, because of the popping HP bar, so it doesn't cover his head. I also keep about 2 pixels from other sides so the player color border is clearly visible on the field.
_________________
Impossible is nothinG

Page 1 of 5
Permissions in this forum:
You cannot reply to topics in this forum
Log in
Who is online?
In total there is 0 user online :: 0 Registered, 0 Hidden and 0 Guests :: 1 Bot